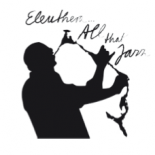 Eleuthera All That Jazz

Musical Jazz Weekend in The Bahamas 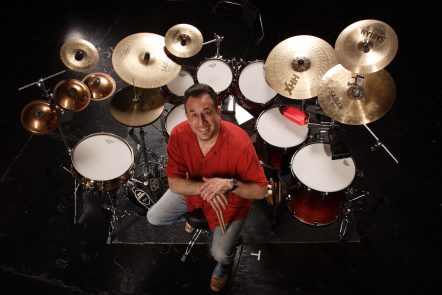 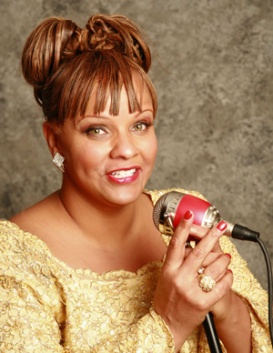 Antoinette Montague has a love of humanity and music to bring joy to people. She has played most of the major jazz clubs in New York, and recently returned from Israel with the 46-piece Ashdod Orchestra, and is on her way to to perform with the Belgrade Philharmonic Orchestra in Russia. 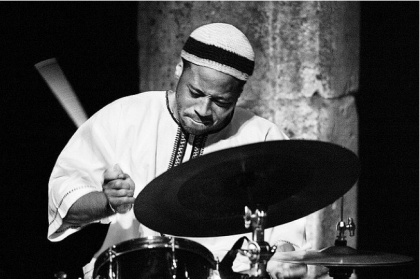 Inspired by the musicianship of greats such as Clifford Brown, Max Roach, Jackie McLean, Cannonball Adderley, Dr. Billy Taylor, Art Blakey and Billy Higgins, Harper has been the leader and musical inspiration for a vibrant sextet for almost a decade. The group appears regularly all over the United States from the Kennedy Center in Washington, D.C. to Yoshi’s, the legendary West Coast jazz club. Although clearly the dominant force behind this extraordinarily gifted ensemble, Harper has surrounded himself with superbly talented young guardians of the jazz tradition (including Lawrence Clark, Ameen Saleem, Josh Evans, Stacy Dillard and Alioune Faye), who are as entertaining to watch as they are to listen to.

Harper’s first major gig was with Dexter Gordon in 1982, and shortly thereafter with Johnny Griffin. It wasn’t long before his drumming skills captured the attention of Betty Carter. He spent four years working with Ms. Carter’s band, inevitably honing his jazz-as-entertainment sense of showmanship.

During the 1980s while Winard worked as a sideman to such jazz legends as Ray Bryant, Abdullah Ibrahim, Pharoah Sanders and Clifford Jordan, he also laid the foundation for what would become The Harper Brothers band. He and his brother Philip launched a band that would blaze a brilliant trail both on the charts and on the international touring circuit.

Piadrum recording artist Winard Harper is one of the hardest working drummers in jazz today, not only leading his very exciting and hard-swinging sextet, but also continuing as an in-demand sideman. When not touring with his band, Harper continues to work and record with such artists such as Joe Lovano, Avery Sharpe, Steve Turre, Wycliffe Gordon, Frank Wess, Ray Bryant, and Jimmy Heath. His newest CD, Make It Happen, goes further than any of his previous six releases to highlight his talent as drummer, composer and bandleader. 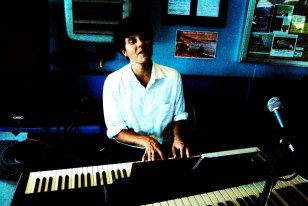 Samuel Parker is a jazz pianist in New York City. He graduated from the Jackie Mclean Institute of Jazz and now works at the Hartt School of Music accompanying the jazz vocalists. He works as a freelance musician in New England and performs with Ed Fast and Conga Bop, Antoinette Montague, Steve Davis, Nat Reeves, Dana Lauren, Winard Harper, Don Braden, and Shawnn Monteiro, among others. 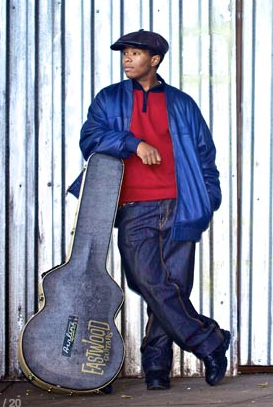 19 year old guitarist/singer, King Solomon Hicks a prodigy musician. He excels in Jazz, Blues, Classical, Gospel, R&B, Funk and classic Rock. He has been playing for 10 yrs. In Harlem he is called: ‘KING SOLOMON’ , ‘lil B.B.’ and ‘EAST Montgomery’.

Solomon has been in several newspapers, magazines, ABC, and many public access TV shows. He played at the 2009 US OPEN, and at Madison Square Garden during a New York Knicks game in 2010. He has also played for Gov. David Patterson, Dr. Billy Taylor, & Congressman Charlie Rangel. Live on ‘WLIB’ radio ‘WVOX’ Mt. Vernon, ‘WHCR’ 90.3 He is a Harlem Arts Alliance member & HCC. WBGO is playing his CD.

Solomon is the lead guitarist, with the ‘ALL STARS BAND’ since age 13. He performs several times a week at the COTTON CLUB. He has a CD with the Cotton Club All Stars Band, featuring Solomon, at 14 years old.

He was the recipient of the 2008 Jazz Excellence award/scholarship from the Friendly 50 Club org. The AUDELCO ‘Rising Star’ Honoree for the 2009-10 ‘VIV award for Jazz/music performance. 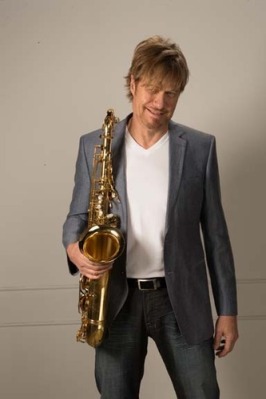 After catapulting to smooth jazz stardom in the United States with two Top-20 Billboard chart singles and two #1 New York Music Chart singles from his CD, After the Night, Canadian saxophonist Walle Larsson is looking to build on his success with the release of his new CD, One Step Closer.

The CD, which was recorded in Los Angeles, Stockholm and Winnipeg, is a collaborative effort. This time around, Larsson has teamed up with a host of top-notch international talent such as acclaimed guitarist and producer Steve Oliver, Swedish composer, producer and instrumentalist Jonathan Fritzen and legendary keyboardist Tom Schuman of Spyro Gyra fame.

Renowned Los Angeles-based studio musicians including Tony Moore (drums) and Darryl Williams (bass) also appear on the album, which builds on the smooth, nuanced sound that Larsson showcased on After the Night. 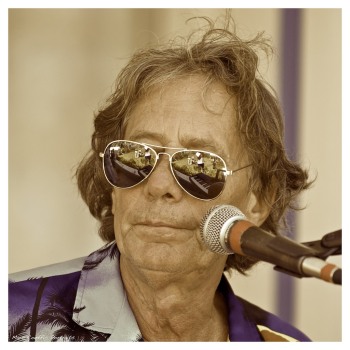 Born in Ontario,Canada, Don started his first band at the age of 13 and has never looked back. Touring on three continents and the Caribbean, he has performed in thirteen countries and has written and recorded for commercial jingles and film scores. He has recorded two CD’s with the Big Roll Band and three solo albums with a fourth in the works , as well as being featured on many albums recorded by other artists. He has also appeared in several music videos and television programs and was featured in an article in Time magazine in 1997.

In recent years he has been spending his time between his Caribbean home and his Canadian home, performing as many engagements as possible in Canada and the US, also making frequent trips to Europe where he performs regularly. 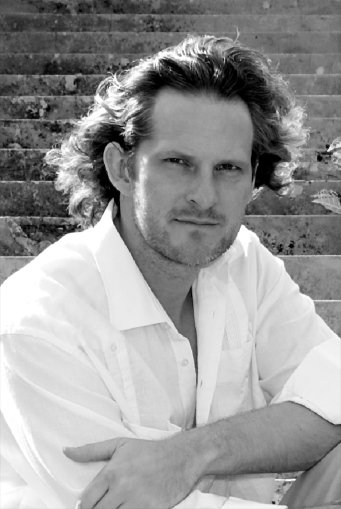 Frank “Johnny” Schütten studied classical piano, composing and Orchestra conducting at the Music Academy in Vienna, Austria. Although he still works in the classical field as a conductor and composer, he is also devoted to jazz piano from traditional ragtime and Stride-Piano to swing. After his studies and engagements in classical music, he spent two years in New York to broaden his knowledge and experience in jazz-piano.

He performs solo or in different formations on Festivals throughout Europe, since 15 Years he organizes with fellow musicians the Annual “Shake The Lake” Festival in Austria, which has become one of the biggest Piano-Jazz Festivals in Europe. Furthermore, he launched a classical/jazz festival, “Autumn Leaves”, that also takes place in Austria and features well-known artists from all over the world. 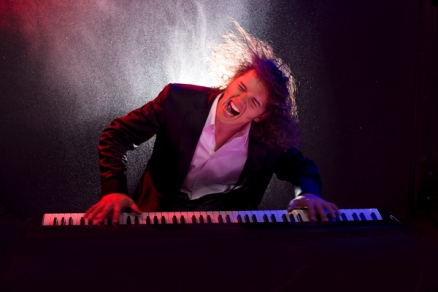 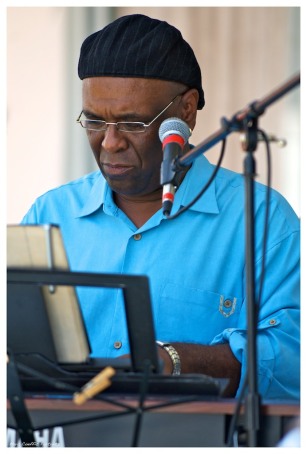 Clinton was born in Belize, Central America and was recognized at the early age of 17 as a singer and keyboard player, later adding songwriting, producer and arranger to his talents.

Clinton is Band Leader for Vice Versa with Naomi Taylor and also plays with various local bands in Nassau including Jazz Etc.  and the Kim Welcome Band. 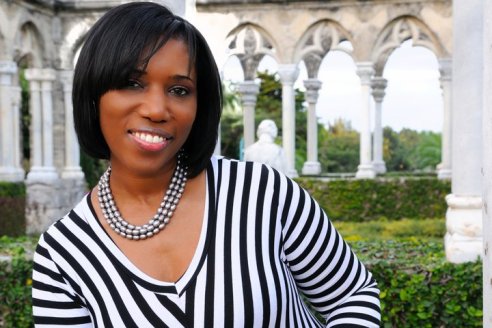 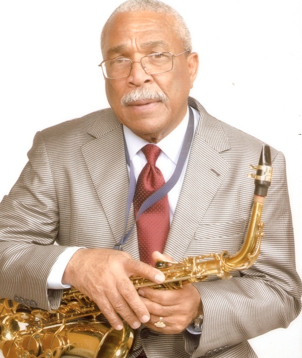 One of few elite Bahamian artists who has risen from unassuming woodwind artist to becoming a leader in the R&B and Jazz communities, Ralph Munnings is held in high regard both at home and abroad.

His interests in and earliest exposure to Jazz started in the late 50’s and early 60’s. It was around this time that he began to collect and listen to Jazz records which opened up a whole new world of music for him. Ralph’s interest in Jazz began to grow even more when he became aware of just how important this music was as a part of his heritage.  Ralph’s musical career and education have been a combination of big band, rhythm and blues, and Jazz.

…..and the special performers coming for Tarpum Bay Festival…..

More artists to be added to the Jazz weekend line-up. Stay posted for more information.